Posted at 18:25h in Uncategorized by admin
0 Likes
Share 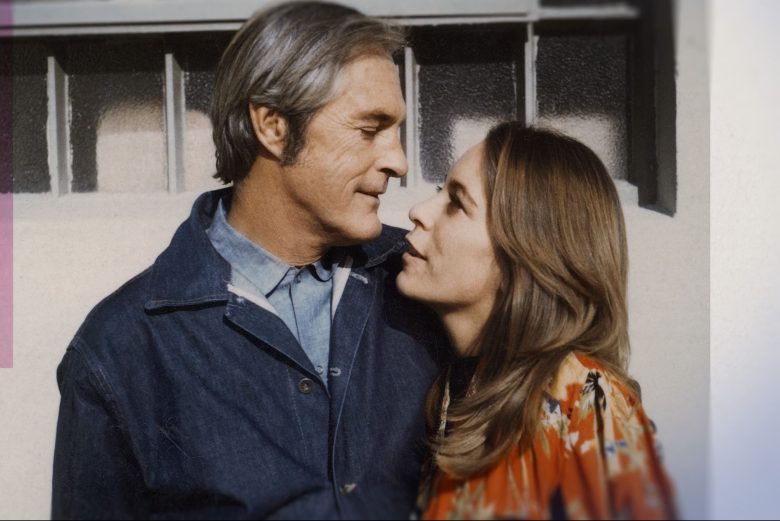 In keeping with the festival’s continuing tradition of showcasing television, AFI Fest has added filmmaker Errol Morris’ Showtime Documentary Films feature “My Psychedelic Love Story” as the virtual event’s closing night world premiere. The film explores the underbelly of LSD through the saga of Timothy Leary, and how his doomed relationship with Joanna Harcourt-Smith helped collapse the 1960s counterculture.

On the TV side, AFI also added the world premiere of Showtime’s “The Reagans,” a four-part documentary series directed by Matt Tyrnauer about President Ronald Reagan’s time in the Oval Office, and director Mira Nair’s BBC drama miniseries “A Suitable Boy,” which recently screened at TIFF and will bow on Netflix this year.

Additional world premieres will include Kelly Oxford’s mental health chronicle “Pink Skies Ahead” and Angel Kristi Williams’ romance “Really Love.” Read synopses provided by the festival below. As part of the Special Presentations lineup, the festival will also screen directors Werner Herzog and Clive Oppenheimer’s “Fireball: Visitors from Darker Worlds,” a look at the influence of meteors and comets on culture and religion, and novelist and playwright-turned-director Florian Zeller’s devastating portrait of dementia, “The Father.” The latter film has already earned star Anthony Hopkins Academy Awards buzz for his performance as a man losing grasp on his reality.

As previously announced, the festival will take place online-only, October 15-22, 2020, and will open with the world premiere of director Julia Hart’s “I’m Your Woman,” starring Rachel Brosnahan.

“My Psychedelic Love Story” — Directed by Errol Morris, the film looks at why Leary, the High Priest of LSD, became a narc in 1974 and seemingly abandoned the millions he urged to turn on, tune in and drop out. Was his “perfect love” Joanna Harcourt-Smith a government pawn, as suggested by Allen Ginsberg? Or was she simply a rich, beautiful, young woman out for the adventure of a lifetime? Morris and Harcourt-Smith reexamine this chaotic period of her life and explore the mystery of the Leary saga: his period of exile, reimprisonment and subsequent cooperation with the authorities. Devotion or selfishness? Perfect love or outright betrayal? Destiny or manipulation? The film is inspired by Harcourt-Smith’s memoir.

“The Father” — Living alone in London and nearing 80 years old, Anthony (Anthony Hopkins) has refused another nurse that his daughter Anne (Olivia Colman) has set up for him. Exuberant and independent, Anthony has struggled with his memory beginning to slip away. Anne announces she is moving to Paris with a new boyfriend, but later in the living room Anthony sees a stranger claiming to be Anne’s husband. Who is this man? Confusion sets in. Academy Award winner Hopkins delivers a brilliant performance of a man with dementia, creating a powerful cinematic experience of memory and loss. Based on his award-winning play, Florian Zeller has crafted a moving and insightful portrait of a cruel disease and the heartbreak it brings.

“Fireball” — Leave it to Werner Herzog to interrupt a world-renowned planetary scientist who has just made the simple yet astonishing statement that, “We are all stardust. Every element in our body was synthesized in other stars before it got here.” Herzog waves his hand in front of the camera. The scientist looks momentarily perplexed and then Herzog blurts out: “I think I am not stardust. I am Bavarian!” After a pregnant pause, the scientist bursts into laughter. It is a quintessentially Herzogian moment. In this fascinating and delightful scientific, cultural and philosophical treasure hunt, Herzog and his co-director, the volcanologist Clive Oppenheimer, crisscross the globe, seeking answers to the great mysteries locked inside the flaming balls of interplanetary debris that have hurled themselves at our defenseless planet for billions of years.

“Pink Skies Ahead” — Los Angeles, 1998. After dropping out of college and moving back home to live with her parents, Winona is diagnosed with an anxiety disorder. Skeptical of her doctor’s opinion — she hasn’t had a panic attack after all —Winona carries on with her wild lifestyle. Only when things begin to truly unravel around her, does she reluctantly decide to see a therapist and face her truths. Jessica Barden gives a magnetic performance as the passionate and struggling Winona. The directorial debut film of Kelly Oxford, based on her essay “No Real Danger,” “Pink Skies Ahead” is a powerful and empathetic portrait of mental health often hidden beneath the surface.

“Really Love” — Set in a gentrifying Washington, DC, a rising Black artist, Isaiah (Kofi Siriboe), spends most of his days pouring his heart into his paintings but still struggles to find his place in the prestigious and competitive art world. At a gallery show, Stevie (Yootha Wong-Loi-Sing), an impressive and intelligent law student, catches his eye. A chance encounter is one thing, but the stars align and they meet again, leading to a whirlwind romance. When both Isaiah and Stevie hit crossroads in their careers, they are forced to consider if their relationship is a love for a season or a love for a lifetime. In director Angel Kristi Williams’s debut feature, she delivers a poignant look at the sacrifices we make for careers and life-changing relationships. This well-crafted script by Felicia Pride and Williams is complemented by an impeccable soundtrack and incredible art.

“The Reagans” — Directed by Matt Tyrnauer, this four-part Showtime series focuses on the rise and reign of America’s ultimate power couple: Ronald and Nancy Reagan. Chock full of evocative archival footage and illuminating contemporary interviews, “The Reagans” asserts Nancy’s central role in her husband’s career, shines a light on the darker aspects of the Reagans’ climb to power and provides a revelatory perspective on how the political tactics used in the ‘60s and ‘70s are a progenitor of our current national politics.

“A Suitable Boy” — 1951. In a newly independent India, passionate literature student Lata Mehra defies tradition, and her meddling mother’s wish to choose her a husband. Torn between family duty and the excitement of romance, Lata embarks on a journey of love and heartache as three very different men try to win her heart. Also threatening to break with tradition is the charming but directionless Maan Kapoor, whose romantic entanglements begin to jeopardize his father’s political career. As Lata and Maan attempt to shape their futures, India too is coming of age. Only a few years after independence from British colonial rule, tensions are high as its people prepare to campaign and vote in their first democratic general election. A Lookout Point production for the BBC, internationally distributed by BBC Studios.